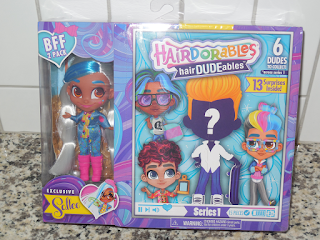 The HairDUDEables are being found in both Target and Walmart, though I think more often in Target.

These $24.99 sets come with both a girl doll, who is visible, and boy doll, who is not. However, the same boy always comes with the same girl. So far, at least! I posted who comes with who a few days ago.

Like the Poopsie dolls, Mom spotted these in Target and brought me my 3 most wanted. 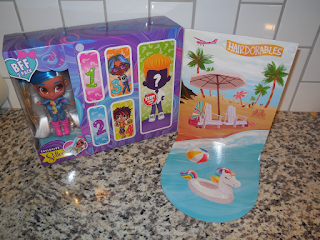 The boxes are shrink-wrapped like all Hairdorables things now.

The right panel opens to reveal the surprise windows and the backdrop folds out of the panel itself.

I didn't take a photo of all the backdrops, because I'm lazy. 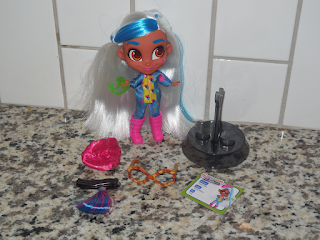 Here's Stencil Sallee and all of her things. Well, they're mostly all hers. I didn't realize the hair clip was actually the boy's! What the hell, a clip-on man bun? Really?

Sallee comes with a stand and her collector card, a pair of glasses, a beret, and a French curve. 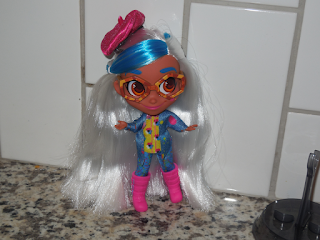 I don't like how they tacked the hair down in the box. I had to fight with it to get it to brush into one long wave of hair.

The beret both looks terrible and messes up the tied back part of her hair. I tossed it in my storage baggie.

I like the glasses, but I'm not sure why they have that color scheme.

She's one of the weakest Sallees, but you know I didn't get this for her. 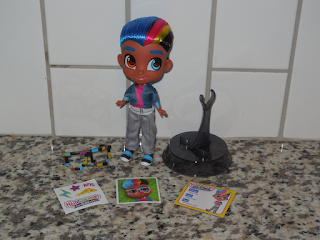 I got it for Graphic Greg! Greg is by far my favorite of the three male characters. 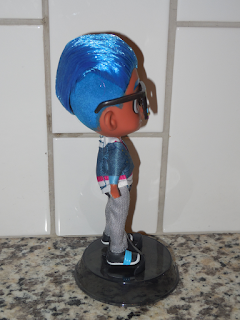 His head is mostly flocked with the one long section of rooted hair that's gelled like crazy. 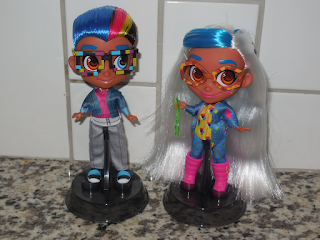 Here they are together. 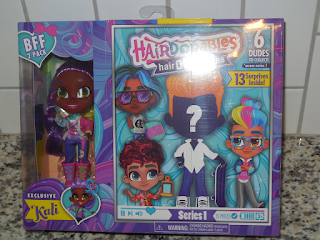 Kali is rarely high on my want list, but this one was a necessity.

Because she also comes with a version of Greg! 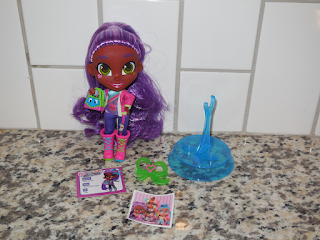 She's a pretty cute Kali though. I like the outfit and accessories. 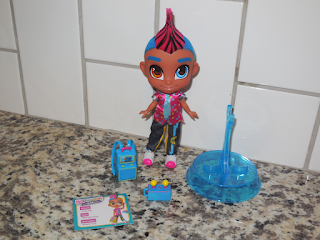 But her main appeal is that she comes with the mohawked Gamer Greg.

He's got some cute accessories, although he's missing one major one from his art: his glasses!

I don't think he's supposed to have them though. They're just part of the art. 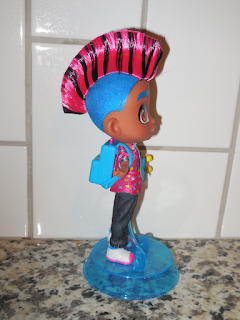 This is just cool. I think he may be the fan favorite. 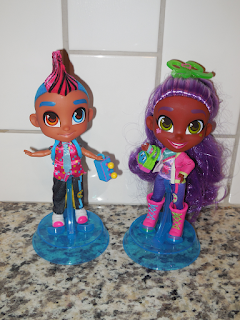 And here they both are. 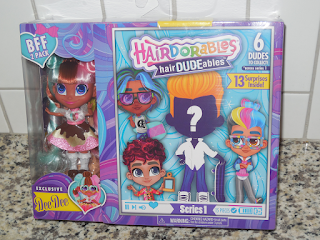 DeeDee I mainly wanted because I like this DeeDee with the brown in her hair. 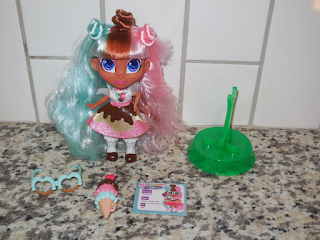 And she's not disappointing out of the box. She's super cute. 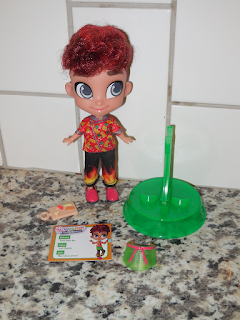 Her companion is Snack Attack Max. Max might be the boy I like least, but this one is actually really adorable. I love gray eyes. I'm just a sucker for gray-eyed dolls. 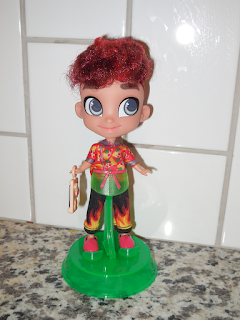 Max is the food-themed one like DeeDee, so they go well together. 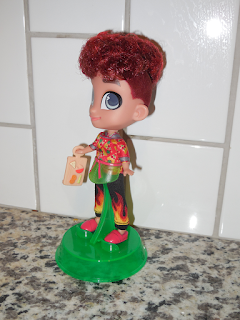 His accessory is both a menu (I think that's what that side was) and a tray. 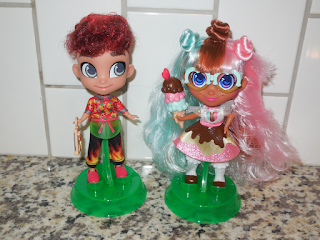 Time for dinner and dessert!

What do you think of the boys? I think they're a nice addition to the line and I love that you know which one you're getting. I hope to find the others soon! Well, Noah was at Target, but I spent enough today...